Causes of Mould in Building Envelopes 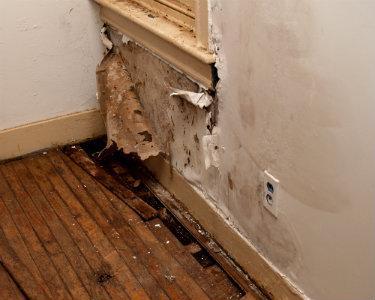 All buildings have a building envelope, the protective layer that keeps the interior of the building safe from both interior and exterior factors. A building is only as good as its building envelope; its longevity depends on it. Vancouver's damp weather is famous for causing damage to roofs, window frames, and door frames, so it's important to make sure you protect yours from the mould that often occurs in Vancouver homes and buildings. What causes mould to a building envelope? Here are some ways that mould thrives inside of buildings.

The recipe for mould starts with poor sealing. A broken pipe is the worst case scenario, but even a small, hard to detect leak in the roof can cause major damage. If that Vancouver rain gets into your insulation, it starts acting more like a water-filled sponge that's fallen between your wall and cupboards. The wallboards and wood along with fluctuating temperatures from damp insulation materials provides an ideal breeding ground for mould spores. The next thing you know, you've got ugly mould deteriorating the floors, ceilings, and walls of your structure.

Findings show that mould is capable of causing health problems. Moulds can carry allergens, irritants, and even toxic substances, which is bad for kids, the elderly or anyone who is sensitive or has pre-existing allergies. Allergic responses to mould include hay fever type sneezing, itchy watery eyes, and wheezing or asthma attacks. Research on the effects of mould on people with or without mould allergies is ongoing.

Moisture control is the only way to prevent mould or keep it at bay, you just don't give it a place to call home. Your home or business demands a building envelope that needs to be full proof against both light rain and heavy storms, because Vancouver precipitation is not something to take lightly.